The recent report that claimed that Internet Explorer 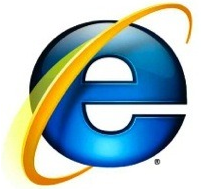 (IE) usersscored lower on IQ tests than users of other Web browsers turns out to have been a hoax.

The ‘report,’ which was published as being from AptiQuant (a fictitious company), took the news world by storm, and was covered on influential websites like CNN, BBC, CNET and Forbes.

In reality, the AptiQuant website was setup by Tarandeep Gill, a web entrepreneur, to create awareness about the incompatibilities of IE6.

While adding some exciting new features to my website, it was getting more and more difficult to support IE version 6.0 to 8.0. Particularly IE 6.0. There is no doubt about IE’s lack of compatibility with web standards (not IE 9.0 though). I am sure every web-developer in the world would agree with me over this, and I am sure every web-developer has at least once in their lifetime felt that how much better the world would be, if there was no IE.

While this was bogus news, it goes to show that interesting topics with controversial headlines still do get the press’ attention. However, regardless of the press coverage, this fake website could ruin Mr. Gill’s reputation as an ethical and serious web entrepreneur.

This begs the question – is the Internet world forgiving and can Mr Gill’s web startup succeed regardless of his fib? Only time will tell…