Companies who are targeting an international, expatriate market this Christmas will be facing additional challenges attracting and capturing their audience. Of course, the normal problems apply – how to reach your audience or which media to use. But at Christmas, you find increased competition and a relatively shorter time period to capture your target group.

For most marketers, Christmas planning gets underway in September/October, or sometimes even earlier. John Lewis, a major British department store, has already launched its online Christmas shop, which allows expats to buy their gifts and decorations at an early stage.

As well as having a dedicated Christmas advertisement running on British TV, John Lewis also makes savvy use of the Internet by streaming commercials on YouTube. Christmas ads are an invaluable tool for reaching a wider audience during this time of the year. Last year, John Lewis’ ad, The Long Wait, attracted one million views in five days on YouTube. This is quite impressive when advertisers have been predicting the end of commercials with viewers using systems such as Sky+ and TiVo to skip them.

Businesses are increasingly making use of a range of media channels to reach out to international customers. From traditional banner advertising to social media and language targeted campaigns.

Faizal Luttamaguzi, international marketing executive at John Lewis, said, “We use a variety of channels to reach out to the expat community, from traditional display and search activity to specialized and very targeted expat outlets. One example is our partnership with the British newspaper, The Telegraph, in which we are sponsoring their Best of British Awards.”

These awards aim to find the best expat-run establishments around the world in various categories such as, British pub, British social club or British shop. The nominees are voted for by expats, which makes it a highly specialised campaign.

Dedicated newsletters to international customers are another great marketing tool. They can be tailored to an expat audience with things such as Christmas order dates and special offers. British Corner Shop employs this technique during this time of the year and sells over 8,000 British products on its website, and delivers to any country in the world.

Hannah Ward, marketing assistant at British Corner Shop, said, “We use a wide variety of media to attract our target audience, such as banner campaigns on expat relevant websites, PPC campaigns, social media, email newsletters, blogs and good content on our website.”

When your audience is scattered around the world, marketers face additional challenges.

“The main thing to bare in mind when targeting people living abroad are the international delivery times around Christmas,” Luttamaguzi explained.

Therefore, John Lewis and other international retailers need to work hard to remind their customers abroad of the final cut-off date for international Christmas orders, for example, 13 December for products from the UK.

Ward said, “To utilise this busy period we make sure we have an extensive Christmas Collection, full of the most sort after Christmas products, and we promote this collection extensively via our email newsletter, social media sites, homepage and blog.”

Online shopping is becoming increasingly popular with Christmas sales growing every year. In the UK, online sales increased 30 percent from 2010 to 2011. With business in the week before Christmas 2011 almost doubling compared to the previous year. 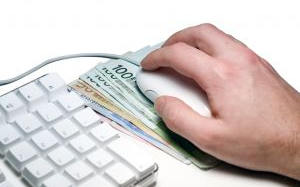 In the United States more than half (51.8%) of consumers will shop online this holiday season, according to statistics from the National Retail Federation. This is an increase from 46.7 percent last year.

Currently, 43 percent of EU citizens shop online. However, few people buy online from companies outside their home country. This supports the idea that expats living abroad return to trusted names from home when shopping online. However, the European Commission (EC) is looking to break down borders in online marketing. If this is the future then online retailers could access a much wider international market.

“There are still too many barriers for easy cross-border purchases,” says Neelie Kroes, the European Commission vice president responsible for the Digital Agenda. “As many as 60% of attempted cross-border Internet shopping orders fail due to technical or legal reasons, such as the refusal of non-domestic credit cards. As long as we have a market with borders, there can be no true digital single market.”